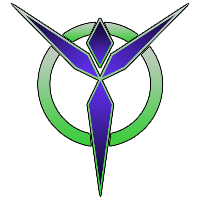 Welcome back for the latest Outfit Spotlight!  With the excitement of Beta coming very soon, the community is undoubtedly glued to their emails awaiting that uplifting invite from SOE the next round of testing.  Congrats to the lucky few who have gotten in (please remember to not violate the NDA), now while you wait for the test to begin either Friday or Monday you can read up on this weeks featured Outfit Delta Triad.

Concentrating on recruiting skilled and experienced players DT is a force to be reckoned with, although they may not hold massive numbers like some of the larger Outfits, it would be a grave mistake to underestimate them by their size. These are Emerald natives - based upon a Triad of Outfits they were focused on skilled gameplay, and becoming one of the hardest Outfits to be recruited into they granted equal rank to all of it's members with the ideal that they are all equally important.  To better put this, Dart, will explain in his interview:

What is the official name of your Outfit? Also any nicknames that you all would be infamous for! (Don't be afraid to give us the smash talk name the other Empires call you guys!)

The name of our Outfit is Delta Triad. It was named by one of PlanetSide's first superstars; ItzMurda. Originally the third part of a triad of Outfits (one on each Empire), Murda gave the leadership of the Outfit to MirrorBOY & I and we ran with it. As DT grew we left the original triad but by that time we were starting to make a name for ourselves - which as a new Outfit that is half of the battle - so we stuck with DT. Now I can't imagine us being called anything else!

Delta Triad has always been an Outfit for FPS veterans. Our ethos is to take a small group of the most talented players available and accomplish the most challenging objectives in the game, usually while outnumbered. There is nothing like being part of a small squad and resecuring a base which has been overrun by a Red Alert's worth of enemies, with 00:01 second left on the hack! Due to the targets we select we often operate without the assistance of our VS comrades, so we have to be confident in every member.

In game we travel using light aircraft and this speed across the map allows us to come to the defence of the Sovereignty much faster than most Outfits. This makes the game feel more intense and fast-paced for our members; often capturing a base, immediately going to resecure another, then investigating an enemy incursion on a different Continent all within a 5 minute window. If you thought PlanetSide was a slow game, you never played it with DT!

As a clan we prioritize teamwork and unity.  As such each member is considered equal and there are no ranks or officers in DT.  Every member has earned the respect of the rest of the group, be they the newest member or the most veteran and so they all have equal say within the clan.  In my experience ranks are unnecessary and often divisive when you're dealing with dedicated, experienced and mature players.  Perhaps this principle of respect is part of the reason our clan has endured over the years and continues to attract veteran players while much of our competition - the other small, veteran Outfits of PlanetSide - have burned out.

Delta Triad during the 'PlanetSide Day' event earlier this month

Would you consider your organization as infamous in the original Planetside?

I don't think that's for us to decide. You would have to ask the guys from whom we've resecured VS bases. Or the ones who tried to force us from a base we'd taken.

What (in your opinion) was your organizations finest moment?

Winning the Outfit Wars on Emerald was a buzz. There were a lot of good players on Emerald at the time, so to be #1 at that moment was fun.

As far as war stories; there are quite a few that were fun but my favourite was in 2006 and happened while we were resecuring a VS base; the Dropship Centre on Forseral, Bel from a TR hack. We had about 15 guys online and the base had a 'Red Alert' warning, the Generator and Tubes were destroyed and there was less than 5 minutes remaining on the hack. We dropped on the backdoor, killed every TR we found in the basement, repped the Gen and Tubes and managed to resecure with less than 10 seconds.

We then held the base, (which had about 50% NTU left), on our own, against a Red-Alert's worth of attackers until the NTU finally ran out at which time we retreated to the Generator. This sort of thing happened quite regularly to us and everyone knew the drill. Inside the Generator Room we began our 'alamo' defence as the TR pushed in. Wave after wave of TR charged the Generator Room; it was a bit like the PlanetSide equivalent of 'Space Invaders'! Eventually, after about 10 minutes they just stopped coming. It was like they were waiting for us to make a move. We were all running out of ammo (some of us were down to knifing) so it was time to push out in a final blaze of glory (or should that be gory?).

We emerged from the Generator Room to find about 20 TR healing and repairing each other! We managed to kill them and headed for the CC, stopping by the spawn room to re-arm (a helpful Terran had ANT'd the base). We killed the few TR still holding the CC and managed to put a Vanu hack on the base.  Just to flip the hack was a real rush but we decided to try defending the CC. The NC (seeing the neutral base) had also arrived and over the next 15 minutes we managed to fight off virtually every 80+ enemies, over and over, ultimately taking the base! It was the only time I ever remember people actually shouting and cheering over Ventrilo. It was a pretty special moment.

When was your Outfit formed?

January 23rd 2005 but many of us having been playing PlanetSide initial release or before.

For recruitment reasons, what would you like a newbie to know if he/she is prospecting to join your organization?

That the application procedure for the Outfit it pretty tough. I haven't kept score over the years but if I had to estimate I'd say only about 10% of our applicants are successful. DT is an Outfit for experienced, objective-orientated FPS players. Our ideal member is someone who enjoys achieving goals through skill and teamwork and is happiest when surrounded by enemies, carrying just enough ammo to kill them all!

Recruitment will open during beta and we will be actively recruiting the best players we can find.  If you think you might fall into that category then come and join the last clan you'll ever need.

And for the rest of the community what would you like them to know about your organization?

The community is what makes PlanetSide so special and we've all enjoyed fighting with/against the great players and characters that have played this game over the years. We're looking forward to PS2 as much as the rest of you and we'll see you there. Oh and if anyone feels like exchanging their red or blue armour for some purple spandex - some of our most active members began as our enemies - feel free to come on over.

Do you have any special Outfit events planned for the upcoming months?

Does your organization play any other games?

Yes, we're a full gaming clan with players in just about every online game including WoW, Tribes, League of Legends, Battlefield, World of Tanks, Diablo 3 any many more.  Right now we're just getting into BL:R and hoping the comp side of the game will take off prior to the release of PS2.

Does your organization have an end goal in mind? (I.E. largest Outfit on [Server name]?)

We've achieved pretty much everything we wanted to in PlanetSide. Last year we became the smallest Outfit ever to hit the 10,000,000 Outfit Point mark never having had more than 50 members (not including alternate characters) and considering the caliber of the other Outfits in the "10m OP Club" that seems like a pretty good way to sum up our PlanetSide experience.

With PlanetSide 2 drawing closer and closer what are your anticipations and hopes?

That we can enjoy PlanetSide 2 as much as we've enjoyed it's predecessor. Oh and that the Devs retain the/em cabbagepatch from the original!

Is there a wishlist that your organization has for PlanetSide 2?

No quick knives! Oh and maybe an annual Outfit Wars Event... We need to defend that crown. ;-)

If you feel inclined please list any members within your organization that potential applicants can get in contact with.

As I have said, every member of Delta Triad is considered an equal from the newest to the most veteran, so you can contact any of us either in game or here on PSU via a PM. Our website www.DeltaTriad.com is also a good place to start.

As always you can head over to Delta Triad's website www.DeltaTriad.com!